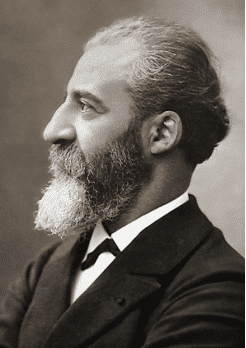 Fifty thousand years ago, a meteorite fell through the sky and fell into Arizona, forming a giant crater on the surface, 570 feet deep and a mile in diameter. Some meteorite debris was also scattered in the desert. In 1893, Nobel Laureate French chemist Dr. Henri Moissan discovered these sparkling silicon carbide fragments in the Diablo Canyon. In 1905, this new gemstone was named Moissanite, as an honor for Henry Moissan’s contribution to the research of Moissanite technology. Moissanite gems are very rare and can only be found in extreme environments, such as meteorites, mantle rocks, and even inclusions in small diamonds. One hundred years later, North Carolina’s laboratory for the first time used high-tech to develop a large Moissanite gemstone for decoration. It was successfully developed in the laboratory in 1980. In 1996, it was exclusively produced by the US listed company C3. Combining technology and patented cutting technology, it showed a more sparkling spark than diamond, and successfully introduced marketing.

Moving with its beauty and brilliance beyond diamonds.

Hardness: Moissanite VS Other gems

Moissanite has a molar hardness of 9.25, which is only lower than that of South African diamonds. Its hardness is higher than other gemstones. Its high hardness makes it difficult to scratch and crack, and it can be stored forever.

Mozambique has all the advantages of diamonds, but it is far less expensive than diamonds.